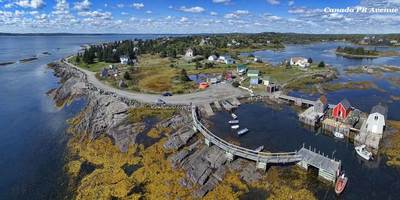 The year 2019 has proved to be a blessing for all four Atlantic provinces of Canada. Approximately 18,000 new immigrants have immigrated to Canadass Atlantic region.

All four regions saw a significant rise in the number of newcomers in comparison to 2018 figures.

Immigrant Arrivals in Atlantic Provinces of Canada in 2019

Such a rise in the number of new immigrants coming to the Atlantic Provinces of Canada is a result of constant efforts done by all four provinces to attract more international skilled individuals.

If you want to live and work in Canada Permanently, Fill Our Free Canada Assessment form and get free advice from our Experts Now!

Since 2016, the immigration process of Atlantic Canada has seen a shift in the paradigm and came into full force to combat key issues faced by the province like an aging population, higher out-migration cases, low birth rate, lower interprovincial migration rate, etc.

The government, employers, and educational institutions have joined hands to improve the immigration strategies so that they can attract as well as retain the immigrants, foreign workers, and international students.

From welcoming more Syrian refugees and economic class immigrants via Canada's PNP in 2016 to launching the Atlantic Immigration Pilot to complement Canada s Express Entry and PNP programs in 2017, the Atlantic region has gone leaps and bounds to promote immigration.

The AIP solely brought around 14,000 newcomers to the Atlantic region of Canada, which accounts for up to 22% rise in comparison to 12,000 newcomers in 2017.

Also Read Canada has Ranked as No.1 Country for Quality of Life in 2020

As a fact, the Atlantic Provinces are still going strong and as mentioned, nearly 18000 new immigrants are welcomed by all four provinces in 2019.

With a target of welcoming nearly 24,000 newcomers by the end of 2021, Atlantic Canada is hitting the right cords and would reach its proportional share of total Canadian immigrants.

If the region will continue to rise the figures by 20% with every passing year, then it could reach the target by 2021.

The federal government is also supporting the Atlantic Region and in this effort, the Immigration Minister Marco Mendicino have issued a mandate letter, which states that the Atlantic Immigration Pilot will become a permanent program and the AIP intake will also increase up to 4,000 in 2020.

Are you willing to become a part of Canada as a permanent resident? Seek expert assistance at Canada PR Avenue

Confirm your eligibility for any Canadian immigration program by filling out our free assessment form and get a call back from our team to discuss the best possibilities.