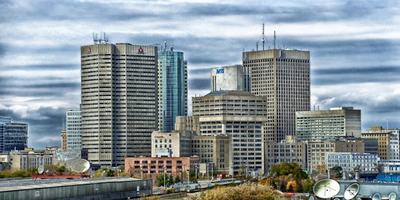 In a recent draw held on November 7, 2019, many skilled workers, international student graduates, and express entry candidates were invited to apply for the Canadian permanent residency (PR) under the Manitoba Provincial Nominee Program (MPNP).

The number of Letters of Advice to Apply (LAA) issued through draw were:-

Express Entry candidates invited in this draw and those who received the provincial nomination will granted an additional 600 Comprehensive Ranking System (CRS) points for the guaranteed invitation to apply (ITA) through subsequent federal express entry draw.

Individuals applied through Expression of Interest (EOI) score were considered for immigration to Manitoba under-skilled workers overseas and skilled workers in Manitoba categories. Profiles were ranked on a score out of 1,000 based on the accumulated scores of applicant’s education, work, language proficiency in English or French, adaptability, and other stated factors.

The applicants with the highest score, received a Letter of Advice to Apply (LAA) from MPNP; they will further submit their application for the provincial nomination from Manitoba for Canadian PR.

Manitoba is a welcoming gateway to get the Canadian permanent residency due to its stable economy, attractive lifestyle, and lucrative opportunities. With more and more pioneer success stories of the immigrant’s, Manitoba is one of the prominent destinations among the newcomers looking for a new home to get settled in Canada.

Are you looking to relocate to one of the stable and affordable economies of the world? Manitoba is a rewarding option for you. Start a hassle-free and quick immigration process with Canada PR Avenue - One of the world s top immigration consultancies for Canada and Australia, Headquartered in Delhi (branches all over India). Contact our immigration experts now on toll-free number 781-800-0777.