Canadian Study or Work Experience can be Beneficial for Immigrants 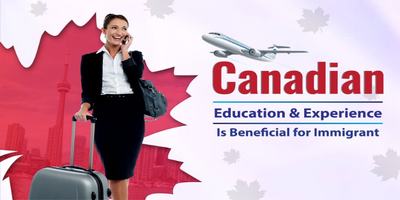 Recently Statistics Canada has conducted a study, which has revealed that there is a rise in the median entry wage of $39,800 to the overall income of those new permanent residents who have already studied and have prior work experience in Canada.

The Statistics Canada said that, “These wages are comparable with those of the entire Canadian population.”

The study was conducted on those permanent residents who came to Canada in 2016 for study or job purposes. It has been found that those immigrants have high median entry wages in comparison to those who came after a year.

The underlying reason behind this growth could be a rise in the number of permit holders transitioning to Canadian PR.

On this, the Statistics Canada said, “Their wage exceeded that of immigrants who held only a work permit (up 36 percent to $48,100) and that of Canadians as a whole.”

To find out how to apply for Canadian PR either from outside or in Canada, you may connect with Canada PR Avenue

Getting started is quite easy with a team of experienced Canada immigration experts around you. All you need to do is fill out the free profile assessment form online. One of our representatives will get connected with you and discuss the possibilities and will help you choose the right pathway.