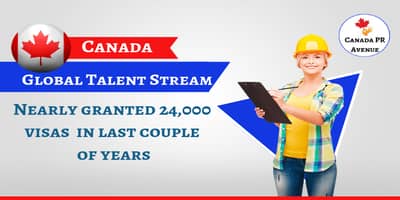 This week the Government of Canada has celebrated a two-year of success for its Global Skills Strategy. Approximately 24,000 highly skilled foreign workers were welcomed under its flagship Global Talent Stream.

Two years down the line, the Ministry of Immigration, Refugees and Citizenship Canada introduced the Global Skills Strategy. It was designed with an aim to support Canadian businesses so that they can hire the right talent to establish their name in the market.

One of the key elements of the Global Skills Strategy is GTS (Global Talent Steam), via which Canadian employers can have quick and reliable access to temporary foreign workers around the globe. This way they can issue work permits in a jiffy to highly skilled workers who have experience in 13 occupational categories in fields like Science, Technology, Engineering and Mathematics (STEM), Information Technology, Computer Engineers, Software Engineers and Designers, Computer Programmers, and Web Designers and Developers, etc.

A joint statement has been issued by Ahmed Hussein, Canada’s Minister of Immigration, Refugees and Citizenship, i.e. “As Canada’s technology sector has historically struggled to attract the talent it needs to scale up, this is precisely the type of talent our Government had in mind when it first launched the [Global Skills Strategy]”.

The statement also reads that "the Global Talent Stream was created to fill labour needs that aren’t being met by Canadian workers. While Canadian workers are among the world’s most highly educated and skilled, for Canadian firms to remain globally competitive, they must also be able to attract the best minds and talent from other countries."

With the statements issued, it s pretty clear that over the past 2 years, more than 1,100 Canadian employers have utilized the Global Talent Stream since its inception in the year 2017. This stream help employers submit a facilitated LMAI (Labour Market Impact Assessment) to expedite the approval process.

Important: Apply for a Job in Canada as New Immigrant 2019

Rise in the Demand for Tech Workers

If we go by a statement issued, employers who use the Global Talent Stream are committed for creating around 48,000 jobs and approximately 12,500 paid co-op vacancies and are also investing$113 million towards skills training and development.

The statement also reads, “With the Global Skills Strategy, Canada is positioned to succeed in the global race for talent,” the statement says. “By helping Canadian companies grow, this strategy is creating more jobs for Canada’s middle class and a stronger Canadian economy.”

Tech workers are undoubtedly in high demand and have an array of options to obtain Canadian PR. Most of the provinces are also aiming at inviting more and more tech workers, like British Columbia’s Tech Pilot offers a pathway to obtaining PR for tech workers who have a valid job offer in 29 listed occupations. Ontario is also planning to create a tech-focused stream. Canada’s Express Entry system is also paving the path for skilled foreign labour.

To find out whether you qualify to apply under GTS, connect with immigration experts at Canada PR Avenue by dropping an e-mail at [email protected]