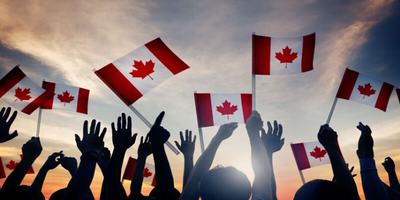 As per a survey conducted by Statistics Canada, Canada’s population was estimated at 37,797,496 on 1st October, which marks a rise of 208,234 in comparison to July 1st figures.

Such a rise in the numbers, i.e. recording more than 200,000 increase in the population in a single quarter has been recorded for the first time. In fact, this increase of up to 0.6% in a quarter is recorded as the largest growth since July 1971.

To everybody s surprise, the main factor, which contributed largely to the population growth is the entry of international immigrants- including both permanent and temporary workers.

In the third quarter of 2019, Canada had welcomed around 103,751 new immigrants and 82,438 temporary workers. This has marked the growth of permanent and temporary international against the total Canadian population by 83.4%.

Ontario has also continued to post a rise in interprovincial migration figures in the third quarter of more than 2,959.

Moreover, as a result of the rise in immigration levels, the overall population of Canada is expected to grow in the upcoming years. Also, the population clock of Canada has been updated according to the recent data based on Statistics Canada s quarterly population estimates.

Planning to begin your immigration journey to Canada and become a part of Canada s diverse culture in 2020? Seek expert assistance at Canada PR Avenue

With a team of expert visa and immigration consultants, we strive to offer you the best advice and guidance throughout the process. In order to start the Canada PR process, take up our free assessment form and get expert advice about choosing the right pathway.