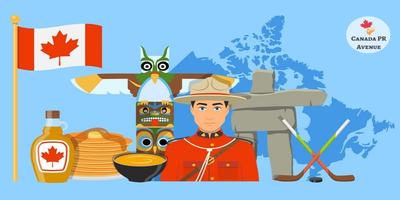 Calgary was placed fourth, Vancouver was sixth and Toronto was ranked seventh in the list.

The decision on listing down “best place to live”, the unit ranks cities on the basis of various factors, including, political stability, income, healthcare, culture, education, environment, infrastructure, climate,  recreational activities, and housing.

The report states that, “Overall, our index remains dominated by medium-sized cities in wealthy countries,” and rank the cities on the basis of public healthcare (well-funded), functional transport facilities and premium education facilities. Generally, these cities have around 300,000 to 1 million population and fall between underdeveloped and overcrowded cities.

The report also states that, "it is meant to help provide benchmarks for developing cities and allow employers to better calculate hardship allowances when employees are asked to relocate. Our liveability rating quantifies the challenges that might be presented to an individual’s lifestyle in any given location, it allows for direct comparison between locations.”

Every year, this London-based Economist magazine ranks 140 cities and score them on the basis of 30 factors, which are zeroed down to five major categories:

Among the following factors, Calgary scored 100 in all the categories except environment and culture. That score undertakes the temperature, “discomfort caused to travelers due to climate and religious censorship and restrictions.

Being ranked as the world’s fifth most livable city, Calgary has scored most on stability, education and healthcare factors.

Moreover, the taxes are quite low in comparison to other provinces in Canada. If you live in Calgary, then you are required to pay only 5% federal Goods and Services Tax.

Known for its cultural diversity, Vancouver has been ranked 6th most livable country in the world. Vancouver’s surroundings placed it among the top ten lists. It s downtown core, which is surrounded by mountains and ocean, makes it a spectacular visual delight from any vantage point. Moreover, its infrastructure is also designed in a way that residents can both work as well as live in its urban center. Unlike other cities where downtown is only designed for suburbs and working class.

Apart from Calgary and Vancouver, Toronto was also ranked 7th top most livable cities in the world. It is one of the largest cities in Canada and offers a lot of benefits including diverse culture, more job opportunities, and advanced educational benefits.  Toronto also boasts about its world-class universities offering the best education to international students.

Are you planning to immigrate to any Canadian province? If yes, then contact Canada PR Avenue today!

Simply fill pout our free assessment form and we ll get back to you with a detailed profile assessment report to discuss with you the best possible pathway to apply for Canadian PR Visa.

For any query or concern, drop us an e-mail at [email protected].