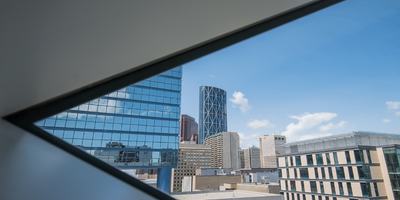 In this latest draw, the province has invited candidates with CRS scores as low as 350 points by issuing them NOIs (Notification of Interest) to apply for the Provincial Nomination. Candidates who have received their NOIs under Alberta Express Entry Stream are selected from the Express Entry pool, which manages Canada’s key economic immigration programs.

Among a total of 150 candidates, whoever successfully receives their provincial nomination from the Alberta will get 600 additional points toward their overall CRS score. These additional points will guarantee them an ITA (invitation to apply) from IRCC to apply for permanent residence of Canada in an upcoming Express Entry draw.

All the candidates who have received their Notification of Interest letter in this AINP draw must send a copy of the letter to the AINP within the next 2 weeks of receiving their NOIs.

In this draw, the AINP has announced that priority will be given to those candidates:

The AINP s Alberta Express Entry Stream is designed to allow the Alberta Province to invite a limited number of well-trained and skilled candidates from Canada’s Express Entry system.

Candidates who already have a strong tie to Alberta or who are highly skilled can significantly contribute to the economic development and diversification objectives of the province.

Alberta selects and sends a Notification of Interest letter to those candidates, who:

If you are planning to apply for AINP or any other suitable PNP, then upon receiving your Provincial Nomination, you get 600 additional CRS points in your total point score.With such a high score, you are guaranteed to qualify to obtain an ITA from the IRCC for Canadian Permanent Residence Visa in an upcoming Express Entry draw.

So, in order to start your process, you may connect with a team of visa advisors at Canada PR Avenue and fill out the free assessment form to confirm your eligibility for the right PNP stream.