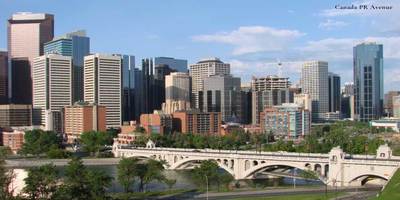 The Canadian Province, Alberta has announced the details of two of its AINP draws, which were held on 22nd and 29th January 2020, respectively. In these latest draws, a total of 351 invitations to apply for a provincial nomination for Canadian permanent residency have been issued by Alberta.

Alberta has issued two AINP draws in the second half of January 2020, where 201 invitation has been issued to candidates in a 22nd January draw and 150 invitations have been issued in a draw held on 29th January.

In both the draws, AINP has invited Express Entry candidates through Alberta Express entry Stream and the minimum CRS (Comprehensive Ranking System) Score for 22nd January draw was over 350 points and for 29th January draw, the minimum CRS score was only 300 points.

In order to qualify under AINP's Express Entry Stream, all the candidates must be working in an occupation, which is in-demand in the province and can support the economic development and diversification priorities of Alberta.

Please note, there is no eligible occupations list issued by Alberta.

The candidates get the preference, on the basis of some key factors, i.e. a Canadian post-secondary institution degree, a parent, sibling or children residing in Alberta as a permanent resident or citizen of Canada or work experience or employment offer from the province of Alberta, etc.

Through AINP's Express Entry aligned stream, the province of Alberta invites a few eligible candidates from the federal Express Entry pool of Canada.

Those Express Entry candidates who are selected by Alberta and later on, got their provincial nomination from the province, will be guaranteed to get an additional 600 points toward their total CRS score and an invitation to apply for a permanent residency visa in the upcoming Express Entry draw based on the increased score.

Any Foreign skilled worker can apply under Alberta PNP- Express Entry stream only after obtaining an NOI letter, i.e. Notification of Interest from Alberta. The AINP directly contacts the eligible candidates via their registered Express Entry profile.

Those Express Entry candidates, who get their invitation or NOI letter from the province will submit their provincial nomination application under the Alberta's Express Entry Stream.

Apply under any Canadian PNPs to Get Canada PR easily- Connect with Canada PR Avenue now!

If you wish to obtain a Canadian PR visa in 2020 through any Provincial Nominee Program, then you may connect with a team of qualified and experienced visa advisors at Canada PR Avenue. Our team supports you with assessing your profile to confirm your eligibility for the right PNP.

Accordingly, they will help you to prepare a strong case file and support you through the entire application filing and documentation process.

To begin the process at earliest, you may fill out the free assessment form or send you profile details and queries at info@canadapravenue.com. Our expert will get in touch with you within 24 hours of receiving your details.