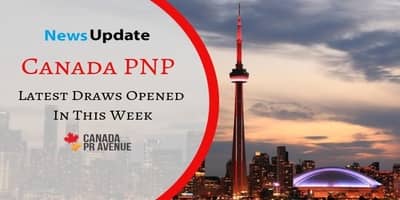 The provincial nominee programs (PNPs) are a key part of Canada’s economic immigration program. The PNPs along with the federal express entry system offer Canadian permanent residency pathway to thousands of immigration applicants. The Provincial programs open their draws frequently to invite as well as nominate the applicants for Canada PR. Let’s find out some key PNP draws open this week.

Ontario Immigrant Nominee Program (OINP) opened its latest draw on March 21, 2019, to invite the Express Entry candidates. In the latest OINP draw, the province issued the 361 invitations to the candidates under its Skilled Trades Stream. Now, the total invitations issued under this key stream of OINP reached to the mark of 732 invites in the year 2019.

The latest draw of Prince Edward Island Provincial Nominee Program (PEIPNP) took place on 21st March 2019. The issued total 150Invitations, to make it total 440 invites issued to the candidates under the different stream of the PEIPNP. Find below the details of the latest PEIPNP draw opened:

The latest draw of Nova Scotia PNP took place on March 20, 2019. The current NSNP draw issued the invitation to apply for nomination for Canadian permanent residency visa it s Express Entry linked Labour Market Priorities stream. The PNP didn’t publish the details regarding the number of invitations issued to the candidates for provincial nomination in the latest Nova Scotia draw.

In the latest NSNP draw, candidates meeting below criteria got the invitation:

Need assistance to Apply Canada PR through most appropriate PNP

If you want to apply for Canada PR visa this year via most suitable PNP based on your profile, you must prepare your immigration file in coordination with a trusted and experienced Canadian migration expert. You may contact the certified Canada migration expert at Canada PR Avenue for complete support and assistance to apply in the key PNP of Canada.

To confirm the eligibility requirements and start the PNP process, you may get in touch with our Canada immigration expert by sending an email at e-mail id- [email protected].

Alternatively, fill the free assessment form to receive the call back from the expert.