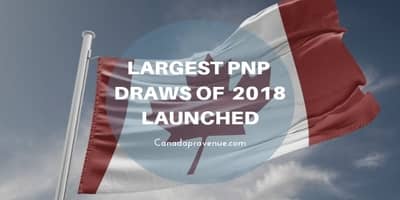 Let’s take a look at the PNP draw results of all this provinces.

Largest PNPs draws of the year

Here are four largest PNP draws of the year

Saskatchewan province of Canada issued as many as 494 invitations under Occupation in Demand (OID) subcategory of its Saskatchewan Immigrant Nominee Program (SINP) on October 10, 2018. This is the highest number of invites issued for OID category this year in any SINP draw.